October in a Nutshell

Well I decided to wait and blog about the month of October all together...It was a busy month for the Montgomery family. So sit back and relax, this is going to be a long post!  I kicked the month off with a girls beach weekend with all of my bestest friends, oh yeah and my boy bestie Jon! We had a blast, Jeff was at home on "daddy duty" and the bug well he was sick.  Before I left for the beach he was getting a high fever here and there...one day he would be fine then the next it would spike and he was fussy, one visit to the doctor and he told us that Carter had Hand Foot and Mouth Disease (nice).  I thought about not going to the beach, but my wonderful hubby assured me that everything was okay and that he had this under control.  So away I went, I woke up Saturday morning to check up on the bug.  Jeff said that he had a rash all over him so he was taking him to the doctor, I got a call back a few hours later and the doctor had told Jeff that they were just hives from a reaction to the HFM virus.  Jeff was completely sugar coating all the yucky details he knew I would be going 200mph on the highway if I knew what our little boy looked like or felt like.  The next day I got home at 11am, to find a Carterbug that I did not recognize...My adorable little boy had now resembled Jabba the Hut (okay that's a little overboard)  He was so swollen and covered head to toe in this red and purple rash, my poor little boy had cankles!  We called the doctor and told him what this rash looked like...he immediately said meet me ASAP at the ER were getting a platelet count.  So of course the first thing that ran through my mind is my child has Leukemia (insert scared mommy here).  I later found out the doctor was thinking the same, but thank goodness as soon as his doctor saw him he said oh that's nothing it's just Erethyma Multiforme.  Oh okay is that all?  What the heck is that? It's just a rash that goes away on its own it just makes your child look like a character from Star Wars got it! 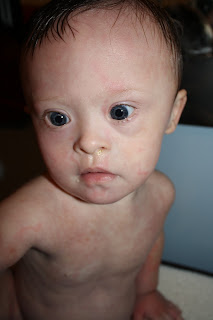 The following week we had the Buddy Walk, it was a big success this year!  Thanks to all who came out to show their support for Carter and all of those who rock that extra chromosome!  Go Carter's Crew! 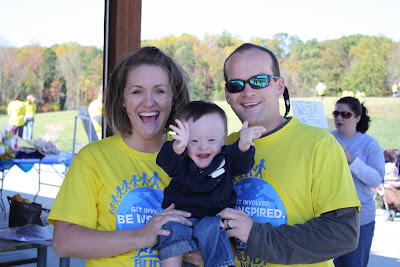 The following weekend we boarded a plane and headed to New York to visit the Witkowski's...this is a whole blog post by itself so I will hit the highlights:  This was Carter's first plane ride, Jeff was a little worried that Carter would have a meltdown on the plane and we would be those people with a screaming baby on the plane, but not Carter he slept the whole time.  We were greeted at the airport by Erin (a bouquet of flowers in hand) and Paul.  This was my first time meeting Paul, and Jeff's first time meeting both of them, but you would have never of guessed that.  We instantly bonded on the way to their house and talked like we hadn't seen each other in years.  They showed us such a great time, we went to the rodeo, fishing, had a campfire, church and we took a train into the city (which again could be a whole blog post in its self)   We had such a good time, it truly feels as if we have been friends with Erin and Paul for years.  We definitely built a lifelong friendship with the "Ski's.  I hate that we live so far from them, but we will be seeing them again soon!  I cried as soon as Erin dropped us off at the airport.  I could sit for hours listening to Mason talk and holding sweet Grady in my arms.  I feel so blessed to have these new friends in our life!

To end the month of October, I threw a Halloween party for Carter and his buddies.  The Montgomery Baby Bootackular was a success and so much fun! 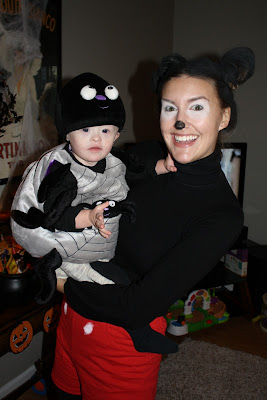 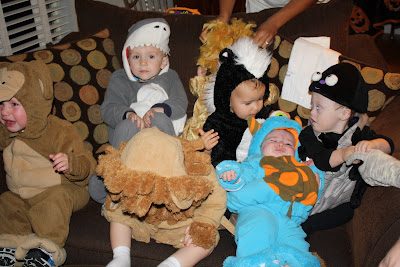 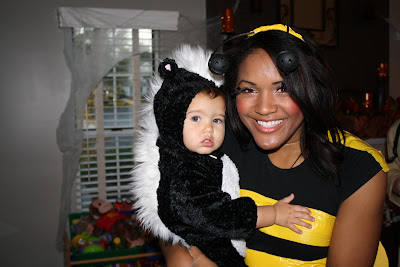 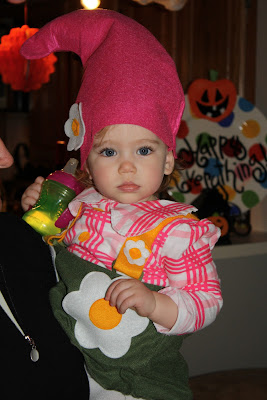 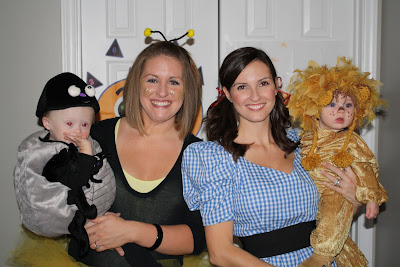 You made my whole being.

You formed me in my mother's body.

I praise you because you made me in

an amazing and wonderful way

What you have done is wonderful.

I know this very well.

You saw my bones being formed

as I took shape in my mother's body.

When I was put together there.

you saw my body as it was formed.

All the days planned for me

were written in your book.

before I was one day old.

kristyd715
Im married to my best friend! We had our first baby in April 2010 Carter Eli Montgomery. God chose us to have this special little boy in our lives for a reason. God blessed us again in June 2013 With our beautiful little girl Emmy Grace.

A Creed for Children with Down Syndrome

My face may be different

But my feelings the same

I laugh and cry

I take pride in my gains

I was sent here among you

To teach you love

As God in the heavens

Look down from above

To him I'm no different

His love knows no bounds

It's those here among you

In cities and towns

That judge me by standards

That man has imparted

But this family I've chosen

Will help me get started

For I'm one of the children

So special and few

That came here to learn

The same lessons as you

That love is acceptance

It must come from the heart

We all have the same purpose

Though not the same start

The Lord gave me life

To live and embrace

And I'll do it as you do

But at my own pace

To my sweet boy,

I love you with all my heart. I never knew I could ever love anything or anyone as much as I love you. You amaze me each and everyday. I love watching you grow and learn...even though I wish you would slow it down just a little. I want you to have the whole world. I want you to be your own person. A leader not a follower. Never change for anyone but yourself. Love yourself, love others, laugh, be creative, be what you want to be, smile, be happy, experience and enjoy life to it's fullest, try new things, make mistakes, but learn from them, try and if you fail, try again, have life long friends, be a best friend, love and know God, be strong, but don't be afraid to be weak at times, know it's ok to cry, have a big heart, know that it's better to give than recieve, share, pray, learn everything your mind can soak in, love the sunshine and the rain, always be the bigger person, let the negative things in life roll of your back, and let the positive shine through your heart and soul, always keep your head up and remember I'm always here for you! I love you so much Carterbug!